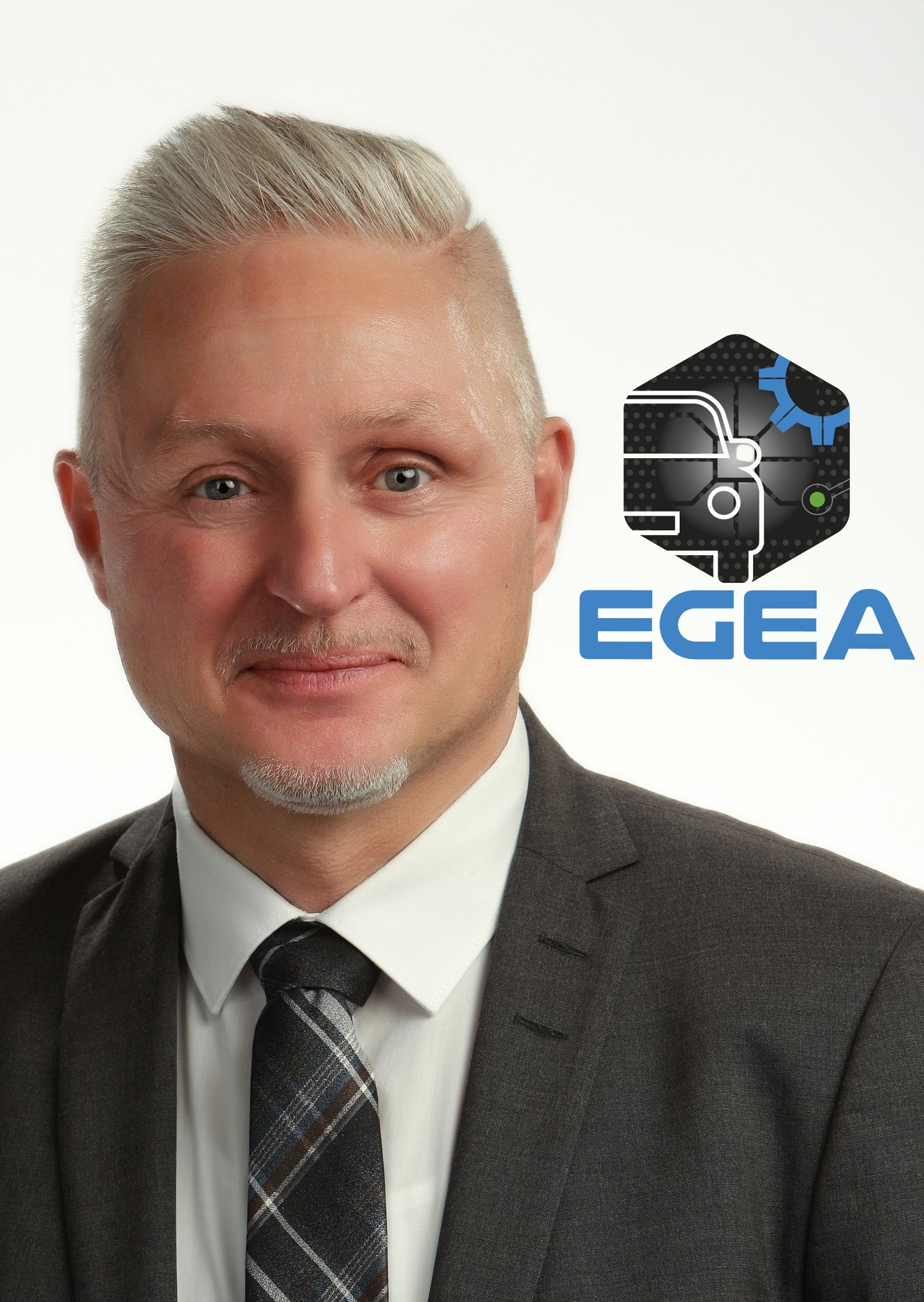 Well-established Executive Board team ensures continuity
Beaujean was Vice-President of the EGEA from 2018 to 2022 and worked as a technical expert in various EGEA working groups in the years before that. “I am very pleased to be elected EGEA President. I am even more pleased that with a proven and strong team on the Board of Directors (BoD), we have the opportunity to set an important course for the future of the garage equipment industry in Europe over the next two years through the EGEA,” says the EGEA President.
The BoD, the EGEA’s board of directors, includes Frank Beau-jean, Massimo Brunamonti (vice-president, AICA, Italy), Thierry Coton (vice-president, GIEG, France), Leon Andriessen (chief financial officer, RAI, Netherlands), Jaume Berenguer (AFIBA, Spain), Julian Woods (GEA, UK) and Rafal Sosnowski (STM, Poland).
The board has been working successfully together in this line-up since 2018 and has reorganised the EGEA in terms of personnel and structure over the past four years.

Existential challenges threaten the IAM
“We are facing major challenges in the European aftermarket. We have already initiated numerous projects through EGEA technical committees. And we are glad to have installed a strong voice for the interests of the workshop equipment industry in Europe with EGEA Secretary General Jordi Brunet,” says Beaujean.
The strong voice and the support of all members are urgently needed in the coming years. The EGEA, together with other associations in the Alliance for the Freedom of Car Repair (AFCAR), is campaigning for fair competitive conditions for the entire European aftermarket. The most important issue in this context is fair and non-discriminatory access to repair and service-related data.

“Access to increasingly digitalized and networked vehicle data infrastructures is of existential importance for our industry and the entire Independent Aftermarket (IAM). If the automotive industry and large tech corporations succeed in politically enforcing their blunt monopolization efforts, the lights will go out forever for many medium-sized companies in the aftermarket,” warns Beaujean.
This scenario is countered by the European workshop suppliers’ association, which is supported purely by voluntary commitment, with intensive lobbying and targeted factual information for political decisionmakers in the EU Commission, technical committees and Parliament. And this has not been without success, despite its supposed lack of clout. But: “These disputes are extremely energy-consuming and also costly. Increasingly, legitimate third parties have to enforce their legal claims in court with the help of expensive lawyers,” says Beaujean.

Finding new members
That is why he wants to recruit new members during his two years as EGEA President. “The EGEA does enormously important work for all garage equipment companies in Europe. But there is a national equipment association in only eight of the 26 EU member states. That’s why we have to establish a structure to attract members from European countries to the EGEA who don’t have the strength to found their own national association,” Beaujean outlines his plans.
Internationally, the association wants to further promote both AFCAR and the “Associations in Motion” project. The long-term goal of this project is to found a world association of workshop equipment manufacturers.

In terms of content, the EGEA will continue its successful work in the next two years and will, among other things, deal with the topic of electromobility in a holistic manner. “Working Group 12, which will be responsible for this in the future, has already been established,” concludes EGEA President Frank Beaujean.