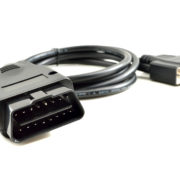 On the 20th of December 2017, Member State Ambassadors have endorsed the provisional interinstitutional agreement between the Estonian Presidency of the Council and the European Parliament on the reform of type-approval and market surveillance for motor vehicles to revamp the automotive sector.

EGEA welcomes this agreement which aims to achieve a high level of safety and environmental performance of motor vehicles and to address the main shortcomings identified in the existing type-approval system.

Important clarifications on access to OBD and repair and maintenance information have been made, notably regarding the standardised OBD connector as this is ‘THE’ vital data communication channel with the vehicle and its data, as well as regarding the access to the information needed for the preparation of the vehicle for roadworthiness testing for all independent operators, which is more and more vehicle-specific information.

Jaume Berenguer Baquès, EGEA President, said: “by maintaining the standardised OBD connector open, also when the vehicle is in motion, to access the vehicle OBD, diagnostic and RMI datastream, the EU reaffirmed its support for fair competition, innovation and independent entrepreneurship in the automotive aftermarket. Our members welcome this significant clarification and should now be able to continue offering competitive multibrand diagnostic tools to repairers for a fair and competitive consumer choice in the current analogue era.

However, vehicle manufacturers have started now to introduce new measures, such as proprietary electronic certificates mandating the use of their OE tools, which prevent the access of independent operators to the OBD port. This crucial issue tends to go against the newly adopted provisions and should therefore be addressed in 2018 by the EU legislator.

Additionally, it is clear that the Commission will also have to look how to maintain these new provisions in the connected era and ensure access to in-vehicle data to allow the development of the digital innovation potential of the value chain.”

This agreement will now be submitted in the course of 2018 to the Parliament and then to the Council for final approval.

EGEA is reinsuring its support for a more ambitious EU industrial strategy together...
Scroll to top