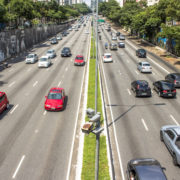 NEWS FROM BRUSSELS – After a two-year period following the emissions scandal, Members of the European Parliament have today, the 19th of April 2018, backed proposals to reform the type approval process for new cars, which it is claimed will guarantee that new models on Europe’s roads are ‘clean and safe’.

This new regulation introduces a new testing regime to ensure cars remain within emission limits throughout their lifetime and clarifies the responsibilities of national type approval authorities, testing centres and market surveillance bodies, in order to make them more independent and prevent conflicts of interest. This legislation also requires now every EU country to conduct a minimum number of checks on cars each year (i.e. at least one for every 40 000 new motor vehicles registered in that member state in the preceding year). At least 20 % of these tests will have to be emissions-related. For countries with a low number of car registrations, there will be a minimum of five tests to be conducted. The EU Commission will also be able to carry out tests and inspections of vehicles to verify compliance, to trigger EU-wide recalls and to impose administrative fines on carmakers of up to €30 000 per non-compliant vehicle.

This new legislation will also improve considerably the system of access to Repair and Maintenance Information (RMI), for example:

Next steps: The Regulation, approved by 547 votes to 83, with 16 abstentions, still needs to be formally adopted by the other co-legislator, the Council of the EU. The new rules will be applicable from 1 September 2020.

The European Parliament calls for EU Regulation on Access to Car Data!

EGEA together with 10 other associations calls upon EU decision makers to ACT...
Scroll to top